Welcome to my portfolio, my name is Lina and I'm a graphic designer and illustrator based in Umeå, Sweden. 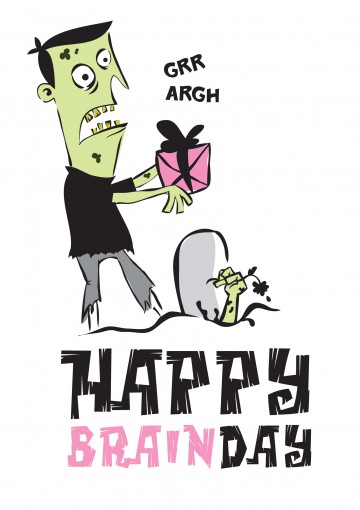 Another find among my old files, a birthday card I made for my brother. He likes zombies and all kinds of horror related stuff. It’s pretty old and I remember making it in a hurry but it’s still kind of cute. 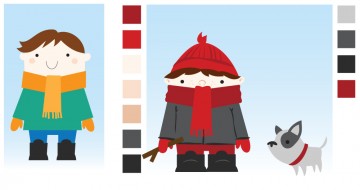 I’m not an organized person and for many years I had a really bad habit of labeling my files and folders really ambiguously. Which is annoying since it becomes really hard to find stuff.

Anyway I was searching for an old file when I came across these cute guys. It made me really happy since I had more or less forgotten about them, or least the first lil guy.
He was my first sketch for Per, the finished Per is on the right and the dog is called Max. They’re from my first ever animation “Fetch”. 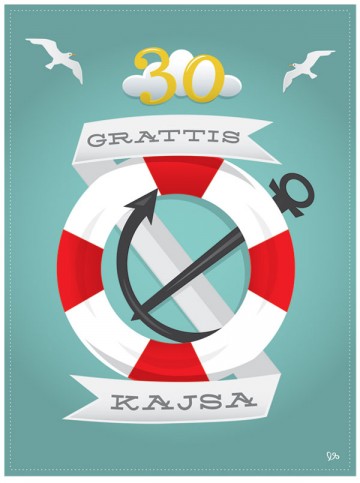 For some reason I decided to make a nautical/sailor themed card for two of my friends who are about to turn 30. There’s no pun and no real meaning to it other than the fact that I just like sailor themed elements.

“Grattis” is short for congratulations in swedish. 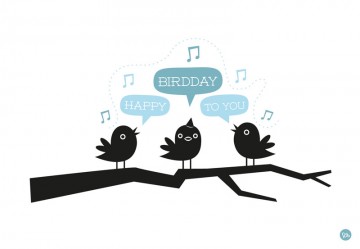 I realized recently that alot of my friends and family have birthdays coming up soon. I’ve always liked making custom cards for special occassions and I hadn’t really been taking the time to do so lately. Therefore I whipped up a couple of cards (there are probably more to come). Here’s the first one called “Happy Birdday”.

Story: These birds aren’t very clever, they’re also a bit self-centered. They think the song goes “Happy Birdday” and they think it’s pretty awesome that people have birddays once a year. 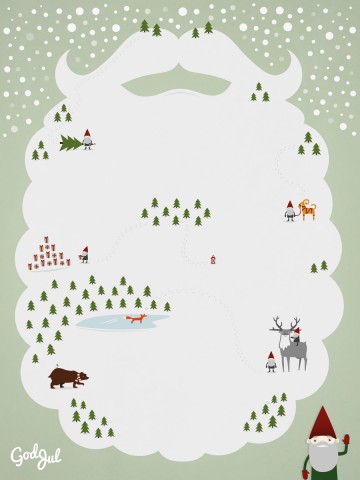 Another winter wonderland, this time with animals and tiny elves going about their holiday related business in a winter landscape in the shape of a beard. In the foreground there’s a tiny elf wishing “god jul” (Merry Christmas in swedish).

I’m thinking of using this as a Christmas card together with some of the presents I’m giving away this year so there might be some tweeking left and I might add more details before it’s finished. 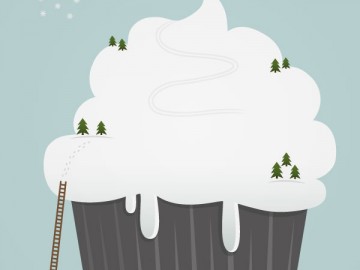 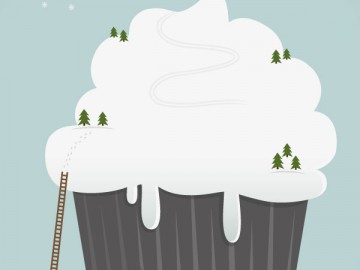 New version of the “Cupcake Winter Wonderland” with tiny elf intended for print. 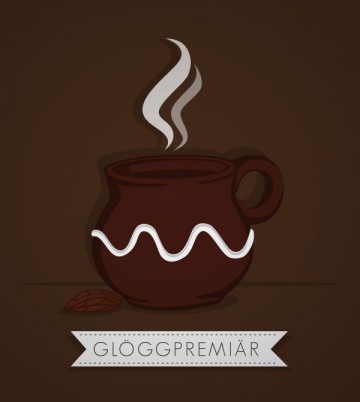 I can’t believe Christmas is less than a month away. To get into the holiday spirit (which is sadly needed mainly besause of the lack of snow) I had this years first cup of “glögg” and decided to make an illustration to celebrate the premiere.